TEJON RANCH, Calif. –(BUSINESS WIRE)– U.S. Fish and Wildlife Service Director Dan Ashe joined Tejon Ranch Company (NYSE:TRC) President and CEO Robert A. Stine and representatives from other partner agencies and conservation advocates at the company’s headquarters today to formally announce the successful completion and Service approval of a Habitat Conservation Plan that will provide specific protections for 25 species, including the California condor, while permitting limited development and other land use activities on designated ranch lands.

Fifteen years in the making, the Tehachapi Uplands Multiple Species Habitat Conservation Plan (TUMSHCP) was prepared by Tejon Ranch Company and its partner, DMB Pacific Ventures, in cooperation with the Service. It will protect wildlife habitat and enhance species conservation on 141,866 acres of ranch lands and is the first such plan to focus primarily on conserving habitat and creating a study area for the iconic California condor. Founded in 1843, Tejon Ranch is the largest contiguous expanse of private land in California and its 270,000 acres provides habitat to hundreds of plant and animal species.

The Service’s approval of the plan provides a 50-year incidental take permit to the Tejon Ranch Company which will give the company certainty that it will be in compliance with the federal Endangered Species Act (ESA) when it proceeds with various landuse and development activities. The Service’s permit does not authorize lethal take of a condor, nor does it allow take caused by hunting or mineral extraction.

Of the 141,866 acres covered by the Plan, more than 129,000 acres will be conserved in perpetuity. The conserved lands include a 37,100 acre ridge line area of the ranch historically and currently used by California condors that’s been designated as a Condor Study Area. Also included are a 5,553 acre mountain resort and other development in southern Kern County.

“The Plan we celebrate today is the result of many people thinking big ideas about wildlife conservation,” said Service Director DanAshe. “It is a landmark plan with a landscape view of conservation, and helps ensure California condors, birds and other rare wildlife will remain a vital part of this landscape for years to come.”

“The multiple year process was both a challenge and a journey for all parties involved, but it was a journey worth taking,” said Tejon Ranch Company President and CEO Robert A. Stine, “The end result is an incredible success story for the HCP process with the signing of this permit covering nearly 142,000 acres of incredible California landscape and protecting not only the California condor, but 24 additional species as well.”

In 2007, Tejon Ranch Company was the first private land owner in California to voluntarily ban the use of lead ammunition on its lands. The action took place in advance of state legislation in 2008 that banned the use of lead ammunition within the range of the California condor. In 2008, the company signed the Tejon Ranch Conservation and Land Use Agreement with Audubon California, the Endangered Habitats League, Natural Resources Defense Council, the Planning and Conservation League, and the Sierra Club to preserve up to 240,000 acres of ranch lands and create the non-profit Tejon Ranch Conservancy to manage the lands.

“As one of its key participants, DMB Pacific Ventures believes that the Plan complements the objectives incorporated into the Tejon Ranch Conservation and Land Use Agreement – a collaborative agreement between the Ranch and the nation’s leading environmental advocates which conserved 90 percent of the 270,000-acre property,” said Eneas Kane, Managing Director and CEO of DMB Pacific Ventures. “We’re also proud of the working relationship that DMB Pacific Ventures has established with the Service on behalf of Tejon Ranch.”

In addition to the California condor, the TUMSHCP provides protections for two other birds protected by the ESA: least Bell’s vireo and southwestern willow flycatcher. Another bird, the western yellow-billed cuckoo, is a candidate for ESA protection. A list of species covered under the TUMSHCP and other documents, including the Record of Decision are available at:http://www.fws.gov/ventura .

About the U.S. Fish & Wildlife Service: The U.S. Fish and Wildlife Service is the premier federal agency whose mission is working with others to conserve, protect, and enhance fish, wildlife and plants and their habitats for the continuing benefit of the American people. We are both a leader and trusted partner in fish and wildlife conservation, known for our scientific excellence, stewardship of lands and natural resources, dedicated professionals, and commitment to public service. The Service’s Pacific Southwest Region manages national wildlife refuges, national fish hatcheries, ecological services and law enforcement offices in California and Nevada and is headquartered in Sacramento.

< Back to News Page 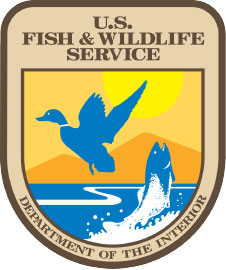